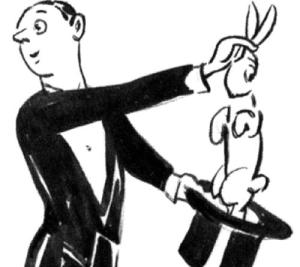 We’re on the brink. If we fall one way, we painstakingly pull together enough students to put on Legally Blonde: The Musical. If we fall the other, we don’t, and the whole show is off.

What is the world coming to when no one wants to be in an awesome show like Legally Blonde? Honestly, this school sucks sometimes. The seniors are committed to the drama program, and a bunch of middle school kids look promising, but in between? Three grades of losers, at least when it comes to drama, school spirit or basically getting involved in anything. Except maybe sports.

It looked for sure like the show would be cancelled when basically no one showed for the second audition, but our fearless director and intrepid seniors refuse to give up. Three stage crew members were talked into taking bit parts. One girl is doing a show at a nearby boys school, and she thinks she can pull five boys from there. And maybe someone else can pull some other rabbit out of some other hat.

Author of "Horseshoes and Hand Grenades" and the "Bit Players" series of YA novels.
View all posts by S.M. Stevens →
This entry was posted in LeBlonde Blog and tagged bit players. Bookmark the permalink.